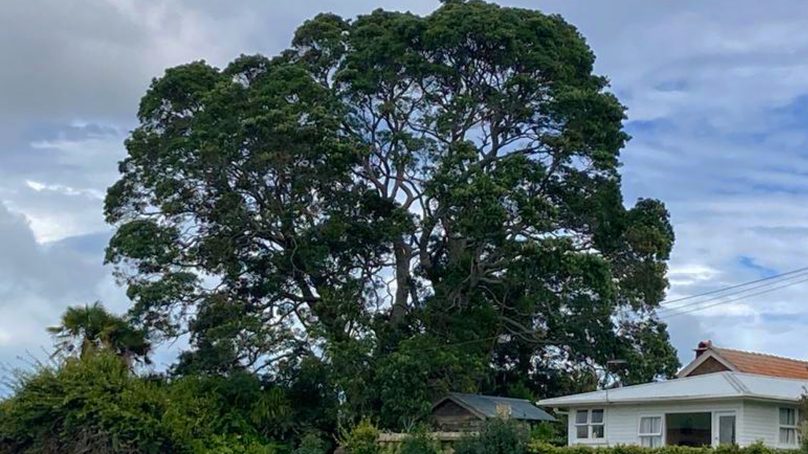 A statement from the Tree Council’s Board Member Mark Lockhart said he was not prepared to allow Auckland Council to destroy a landmark Pohutukawa in Mt Eden.

Petition to prevent the tree removal was set up, lobbying Councillors Christine Fletcher and Cathy Casey. They’d approached the Mayor about replacing the tree on Schedule with Notable Trees.

The Pohutukawa was listed initially on Auckland City Council’s District Legacy Plan but had been omitted from the list after being transferred into the Unitary Plan.

As indicated in the LIM report, the landowner who purchased the property knew that the tree was protected but made it known that he had plans to develop apartments on the property whilst also finding a need to remove the tree.

Auckland Council officers wrote to the landowner saying they were not prepared to instigate a plan to replace the tree. During a Governing Body meeting with the Council, the Mayor instructed the CEO and Director of Strategy to prepare a memo detailing options on whether they could replace it on Schedule regardless of cost implications.

Not one statement was made for seeking an injunction to ensure the landowner could not remove the tree while it was legally unprotected.

The Tree Council took immediate action through an Environment Court injunction that allowed the tree to remain protected until the Council’s bureaucracy can return its permanent protection.

“We are grateful to the Mayor and Councillors Christine Fletcher and Cathy Casey for their leadership in demanding that Council’s error is rectified as quickly as possible, and we ask that they pursue the Scheduling of the 587 other notable trees currently with no legal protection waiting to be scheduled that also need to be added,” said Mr Lockhart.

“If they are going to do a plan change for this one tree then it makes sense to also include the other 587 at the same time.”

A Givealittle was set up to raise funds for the Pohutukawa tree to protect it.