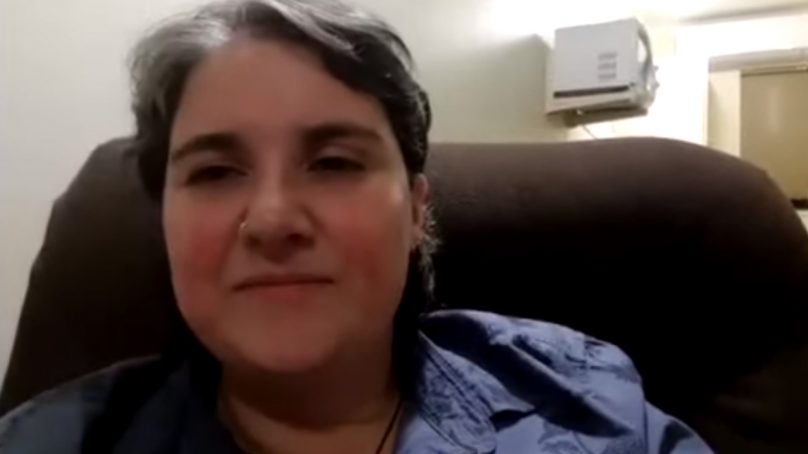 Australian woman Lucinda Baulch is planning to take higher-level legal decisions after being released from managed isolation. She was allowed to leave after 28 days, as she was refusing COVID-19 tests throughout the 14-day duration.

On Tuesday, she was allowed to leave and headed straight for Wellington airport to fly to Auckland after staying at the Grand Mercure managed isolation facility. A van was parked outside, pre-arranged by the facility.

The flight to Auckland would be a ‘decision’ duration for Baulch, where she will think about the next legalities steps.

Baulch did not wear a mask while leaving but answered many questions about her health status before leaving. She left without having a COVID-19 test.

Within the last 16 days, tests were offered throughout the duration of stay.

Each person who refuses to have a test is offered one each day up to a maximum of 28 days, and if that person takes it and returns a negative result, they will be allowed to leave early.

Judicial review proceedings were dissected by Baulch after concluding that her retention at the quarantine facility was unlawful.

It was noted that information packs were provided to her upon arrival; phone calls, emails had already provided a supplementary definition regarding testing and other matters by managed isolation nurses.

A non-satisfaction about the preparation of undergoing a test occurred, in-defence not enough evidence was given to conclude an informed consented decision.

Negative COVID-19 tests are required for the certainty that someone can be deemed low risk. However, exceptions apply if a person has physical or other reasons making it inappropriate to take a test.

Baulch arrived during January to undertake foster care duties. She looked after three children through the duration of managed isolation — the children were moving over to New Zealand to the care of a family.

Taxpayers reportedly had to foot the bill for the extra weeks she stayed in managed isolation meaning there will be no extra costs at her expense of refusing COVID-19 tests. Baulch will only have to pay the usual rate of $3,100 for the first 14 days of her 28-day stay.

Conspiracy Theorist Karen Brewer who calls managed isolation facilities ‘detention centres’ was known to interview Baulch about her stay in managed isolation over Zoom calls on YouTube videos, most episodes were about what happened every 24 hours.