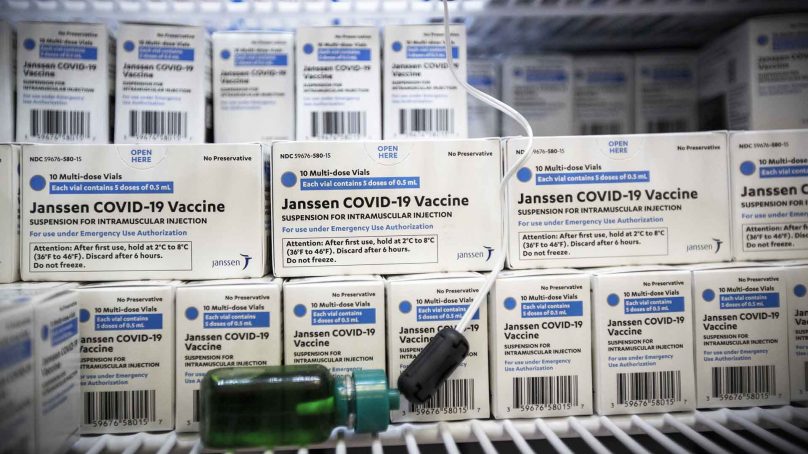 The Centers for Disease Control and Prevention and the Food and Drug Administration recommended in a statement on Friday that Vaccine providers should resume their use of the Johnson & Johnson jabs.

An Advisory Committee on Immunization Practices had said the one-dose shot is reportedly safe enough to continue use and make available again at Vaccine sites.

This is despite the risk that blood clots can occur, but chances are ‘very low’ according to Acting FDA Commissioner Janet Woodcock during the conference yesterday.

Per one million people, the rate of blood clots is around 1.9 who get vaccinated. 15 recipients who took the Vaccine developed the rare blood clot causing three to die and hospitalising seven. They were mostly under the age of 50 and were women.

Benefits associated with the Vaccine reportedly outweigh the risks. Dr Peter Marks, the Director of the FDA’s Center for Biologics Evaluation and Research, says the drug will likely get back into arms, “probably by tomorrow morning even.”

Only 15 injuries were found, including three deaths upon the examination of seven million vaccinations following a pause last week. This occurred after six women under the age of 48 developed rare blood clots, including one that died due to inoculation.

Five were discharged from Hospital, while six remain hospitalized. Thirteen of the cases were found in women between the ages of 17 and 49, while two occurred in females over the age of 50.

Surprisingly, no cases were found in men except for one that occurred during clinical trials. The examination concludes out of the seven million vaccinations that it is safe for use for those over the age of 18.