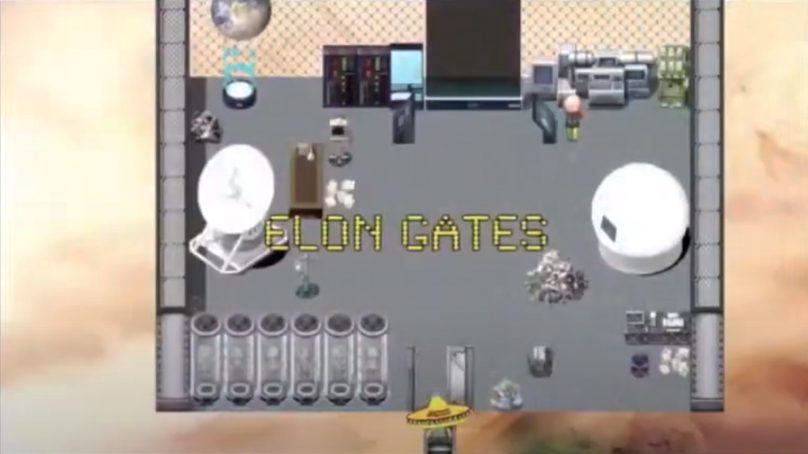 The Vista Foundation 48 Hours Film Competition’s disgusting move premiered a video on March 25 called ‘Elon Gates’, which spits a whole load of Conspiracy Theories. The video was made private as of recent, however.

The video was submitted by Conspiracy Theorist Vinny Eastwood and his team Infectious Films, aiming to enter the competition for the 2021 edition supported by big outlets such as The Spinoff, TVNZ, Re: News and Massey University.

Coffee brand L’AFFARE was also a key supporter in the competition.

In the foundation funding documentation, they encourage larger groups of people to be exposed to films and be influenced, entertained or educated by the films they promote within the film industry for New Zealand.

“[Vista Foundation 48 Hours Film Competition aims] to educate the wider public generally about the film industry and especially New Zealand films – with the objective of inculcating the social, cultural and educative contribution that films make to the wider public – especially those with little opportunity to ‘go to the movies’,” a statement reads.

On their landing page, it says the company foundation was launched in 2015 by several founding shareholders.

“Several of Vista’s founding shareholders determined that the company would establish a charitable social responsibility organisation. The Foundation aims to help nurture the continued growth and success of all things film in New Zealand, which is Vista’s founding and home market.”

The film sets off in the year 2050, showcasing that the world has been set back by many concerning problems ranging from plagues, wars and environmental destruction, economic downfalls and ‘mass control’ by Governments voiced by Mr Eastwood.

An invisible device allows the main character, Elon Gates, to travel back in time to the year 1992 to tell the world leaders to ‘advert the calamity of 2030’, which is commonly called by Conspiracy Theorists The Great Reset or Agenda 2030.

The first person who is the main character goes to see the United Nations Secretary-General at the World Health Organisation (WHO) headquarters.

The two agree to surveil every aspect of the world’s population and every part of their lives, including privatising all Government assets.

After a short conversation, Elon Gates travels to 2001 with the invisible device, ending up outside of the Capital in Washington D.C to tell all Americans the ‘nuts and bolts’ for the environment’s good.

The announcing made out that a global military regime could not be possible to take control.

A world financial system was mentioned to back it up.

Next up, the character travels to the year 2008 at the Vatican, which is typical for Conspiracy Theorists during the Trump era to claim leaders were getting arrested when power was abruptly turning off and on through live camera feeds.

It turns out the cameras live streaming was actually experiencing technical issues, and there were no power outages. It created a massive conspiracy within the global QAnon group.

Destroying the world economy was mentioned at the Vatican; to ‘control the world financial system’ — further mentioning that a manmade world Pandemic (COVID-19) was created intentionally to destroy businesses making their income dependant on the state.

Finally, one last time travel with the invisible device allowed the main character to travel to New Zealand during 2019, before the Pandemic struck.

Prime Minister Jacinda Ardern, a Queen Bee, had set the main goal of controlling the population with fear campaigns claiming she is the key to everything, telling everyone to be kind.

After all that nonsense, a time travel back to the year 2050 made Elon Gates get arrested because he had too much power like a free man.

The COVID-19 Pandemic in New Zealand has enabled the country to continue living life like normal amidst other countries that have been locked down for weeks, if not months.

There is no need to panic, be kind.