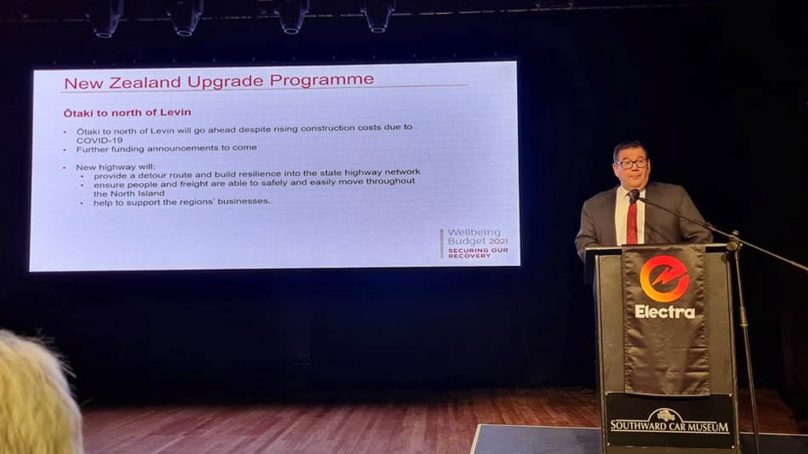 Funding confirmed for Ōtaki to North of Levin Expressway

On Thursday morning, the announcement was made by Deputy Prime Minister and Finance Minister Grant Robertson during the Electra Business Breakfast at Southward Car Museum that funding costing more than $817 million will be going ahead for the Ōtaki to North of Levin Expressway.

The Expressway is part of a $6.8b ensemble that include major transport projects announced last year during January within the New Zealand Upgrade Programme (NZUP),

The announcement comes as the current State Highway 1 road has incurred multiple fatalities. Rush-hour delays, holiday traffic and occasional crashes cause gridlocks and it is finally time to get an upgrade.

MP for Ōtaki Terisa Ngobi said to thisquality that she focuses on the issues that will benefit the community by listening and advocating for them.

“My responsibility as your Member of Parliament is to listen and advocate on issues that will benefit our community, taking your voice to the decision-making table,” she said.

“I have advocated strongly for Ō2NL to proceed, having many meetings with our Ministers and officials. I am so pleased to announce that our voices have been heard and that it’s all go for Ō2NL.”

Post Covid-19 transport projects had to be re-evaluated to ensure a balanced plan was available for the economic recovery and to lower debt.

Investment into infrastructure was still of interest and strong during the recovery.

Ms Ngobi acknowledged the Minister of Transport, Michael Wood, who had a huge task in evaluating baseline data for all projects.

Prior to this announcement, a Zoom conference with the Minister and MP(s) occurred on April 20 after public concern grew as to whether the road was going ahead.

On May 5 an in-person meeting followed to reiterate support for the community and a need for Ō2NL to happen.

“I am grateful that the Minister could see the importance of Ō2NL and it is fantastic news that he has confirmed that the construction of O2NL has the green light,” Ms Ngobi said.

“Ō2NL is an absolute game-changer for our community, I have driven on this road myself for many years and know the difference this is going to make.”

“It is one of the most dangerous sections of road to drive in New Zealand – in the five years to 2017, there were 49 deaths and serious injuries along the route. Sadly, there were 2 more deaths just yesterday.”

The improvement of safety and reducing congestion is a win-win to support the economic recovery and allow for businesses to thrive. The community will now be at peace knowing that the Expressway will benefit not just their area but the entire lower North Island.

It will be 24-kilometres long and four lanes wide, running from Ōtaki to North of Levin, East of the existing State Highway 1.

A separated shared path will be included for walking, cycling or running the entire length of the new highway.