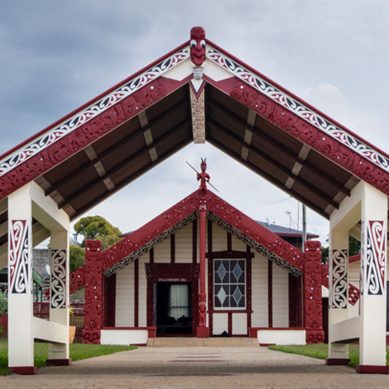 Small parties among the race for electorate seats are suffering promotional issues regarding Facebook advertising and lack of interest from the public.

Advance NZ created a movement where like-no-other gained a massive following of over 30,000+ on Facebook. One full of conspiracy theories and unofficial information fueled by NZPP Leader and Co-Leader of Advance NZ Billy Te Kahika and Co-Leader Jami-Lee Ross on anti-lockdown, 5G and vaccines.

A majority of NZPP fans begged the Outdoors Party to combine with them, but Billy Te Kahika had to be the leader. At the same time, Co-Leader of the Outdoors Party Sue Grey and Leader Alan Simmons were demoted to different roles, also leaving behind over 30+ candidates running for the Outdoors Party. It wasn’t accepted and the thrill of begging and blackmailing continued for months, not behind closed doors but publically right in front of thousands of people.

The large movement had created a divide between smaller parties as mergers fueled by Billy Te Kahika was considered an option that the Outdoors Party had before NZPP merged with Advance NZ.

Now that has happened a lot of minor parties have been excluded from candidate meetings of interest leading to more of a divide leaving the public not having a choice on who to vote for.

Of numerous candidate meets, Co-Leader Sue Grey of the Outdoors Party was excluded, she explains her experience.

“It’s almost like the problem has gotten so bad that the status quo people don’t even realise that there is a problem — it’s been on-going in Nelson since we’ve warmed up with this electoral campaign that there have been quite a few places that have excluded me from their meetings.”

Sue says that she joined Grey Power to try and have a voice and they said that they are only having meetings for Labour and New Zealand First.

“They have added a couple of other meetings, but they haven’t added me, I even offered to turn up when Winston Peters didn’t show up and turn up with sausage rolls, but they said no,” said Sue Grey.

The Chamber of Commerce didn’t allow Sue to speak either: “I went to that meeting much the same as I went to this meeting and I handed out my brochures, and I personally asked if I could speak to the crowd and I was told no,” she said.

Sue has gotten wiser and mentally prepared, knowing that it isn’t nice to turn up at a candidates meeting and be told ‘you are not allowed to speak’.

Political censorship this year has been at its worst and regardless of who each candidate stands under — no one should be excluded from events to drive voters away from another option.

Facebook Advertising also has a feature where one must provide their identity to run ads about social issues and political topics, and the review process has been challenging as Facebook has allegedly been excluding certain people from being approved even though it’s the correct ID that was asked of to supply.

This has lead to small parties not being able to promote what they are doing except for signs and brochures in letterboxes, it really is censorship.

The Electoral Commission must come up with an idea to better suit the Facebook Advertising guidelines and help smaller parties get approved to run promotional advertisements online while also making sure each candidate from any electorate is included in events if they are willing to speak regardless of who they are with appropriate rules to follow.

Michael Kay from ATTICA as the Otaki Candidate was excluded from Kapiti Coast’s Chamber of Commerce because he wasn’t ‘fit for the event’.

The event of which only allowed candidates from ‘smaller parties’ over the 5% threshold in the electorate, which technically excludes ATTICA from even attending even though they have a candidate in the Otaki Electorate.

thisquality to go live with It’s In The Ballot, Mana Candidates Debate at 6:30pm