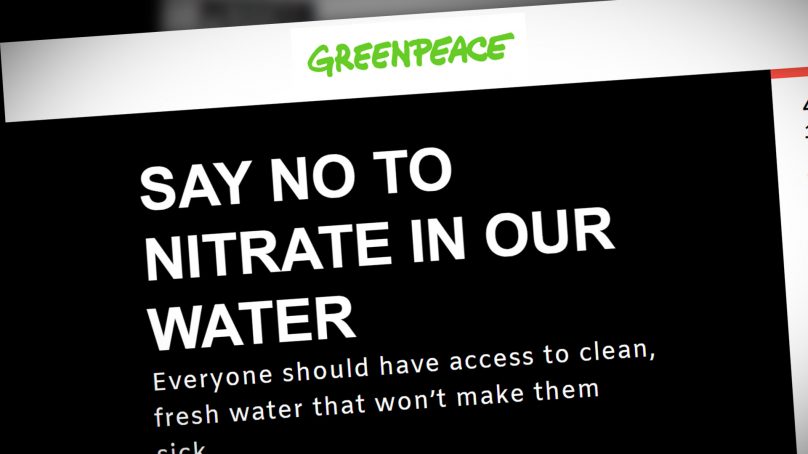 Greenpeace launched a petition asking the Government to ‘drop the nitrate limit’ following recent news that up to 800,000 New Zealanders health could potentially be at risk.

High nitrates in drinking water come-to-light that is linked to increased risks of bowel cancer cases around the country.

Freshwater and drinking water management for the future is a poverty influenced system where it is not being looked after enough.

The Government has proposed an idea to set up a new ‘water regulator’ called Taumata Arowai and its main goal is to be another ineffective funded system that will get nowhere in regards to responsibilities that regional councils should be taking on.

The new petition calls the Ministry of Health to lower the nitrate-nitrogen limit in New Zealand’s drinking water to a safe level.

“Everyone should have access to clean, freshwater that won’t make them sick. Right now, the ‘safe’ limit* for nitrate-nitrogen pollution in drinking water is set about 13 times higher than the amount shown to be linked to increased colorectal cancer rates,” the Greenpeace petition reads.

CEO Sam Hudson interviewed Freshwater Ecologist Dr Mike Joy from Victoria University in Wellington about the Government ‘3 Waters’ agenda; on how it really is not going to work.