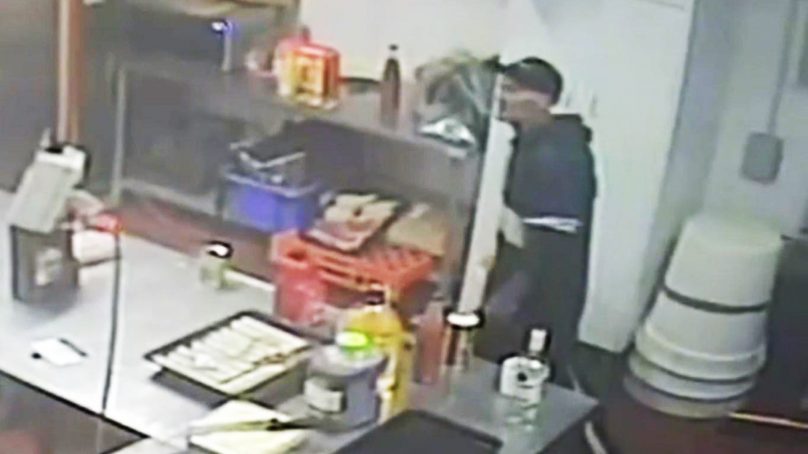 On April 5 a man now known as Austalia’s most ruthless ‘Hamburglar’ broke into a Melbourne butcher, Marshall’s Quality Meats, spending two hours inside the store cooking up meat, then made a hot cup of Milo on the side. Not a good mix.

A Facebook post from Eyewatch – Frankston Police Service Area reported that the man entered the store during the evening to cook and smoke various meats. He had later stolen around $410 in cash ($440 NZD).

Shop Manager Scott Little told 9News Australia that the store was in a shambles when he arrived the following morning — “There was just crap everywhere,” he said.

Mr Little realised that it was not his boss who did it but a stranger who decided to play chef and be mischevious.

“I realised – Nah, some funny bugger has jumped the counter and decided to play butcher for the day,” he told 9News.

Security camera footage revealed that the culprit stayed inside of the store for around an hour and a half while also not going for ‘the good meat’ then making himself a hot cup of Milo  — “He tried to smoke some but didn’t do a good job,” Mr Little said.

Glenn Marshall, the owner of Marshall’s Quality Meats, said that the man could have done better.

“It could have been a lot worse. I wouldn’t get him to cook me a meal. Maybe cook at home next time,” Mr Marshall said.

The male is said to be an age between forties or fifties, is caucasian.

Authorities are investigating the matter accordingly.