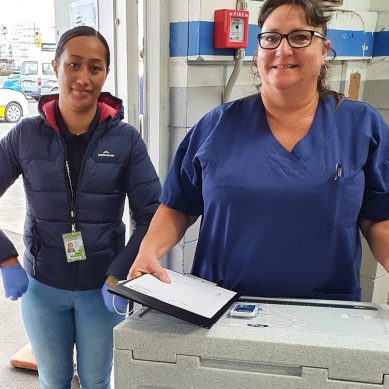 The Delaware Computer repairman at the gist of the Hunter Biden laptop scandal has reportedly sued Twitter.

Back in October, Hunter Biden brought in a laptop for repairs but never recovered it after its pick-up date. Damaging documents were left on the laptop at John Paul Mac Isaac’s repair store in April of 2019.

The customer who brought the MacBook Pro in for repairs in 2019 never paid for the services or retrieved it from the company, or the hard drive. After repeated attempts to contact the client, the company could not contact them to retrieve their goods.

The repairman went public about what was contained within the hard drive of the laptop.

On the laptop contained emails the detailed Hunter Biden’s shady business dealings overseas. They’re now classed as part of a federal tax probe into the son of President-elect Joe Biden.

Twitter immediately blocked users from sharing any information about it online, claiming that the link contained ‘hacked materials.’

The repairman is suing Twitter for defamation after his company decided to “communicate to the world” about the scandal. His business received threats and negative reviews after Twitter decided to go out on hard censorship against the publication of newly sourced information.

A demand of $500 million in damages and public retraction from Twitter will be taking to the courts by the Delaware repairman.

Twitter CEO and Founder Jack Dorsey was pulled into Congress during late October to explain the censoring of articles posted to the website.

Twitter went to the extent of locking the New York Post’s account for two weeks; later, the lock was deemed as a mistake by CEO Dorsey.

It is reported that a federal investigation has been taking place looking into whether Hunter and his business associates violated numerous tax and money laundering laws.

Ministry of Health confirms another Community Case of COVID-19, Auckland

Wings Over Wairarapa canned due to COVID-19 Alert Level changes

Coronavirus: Auckland to move to Alert Level 3, rest of New Zealand to Level 2