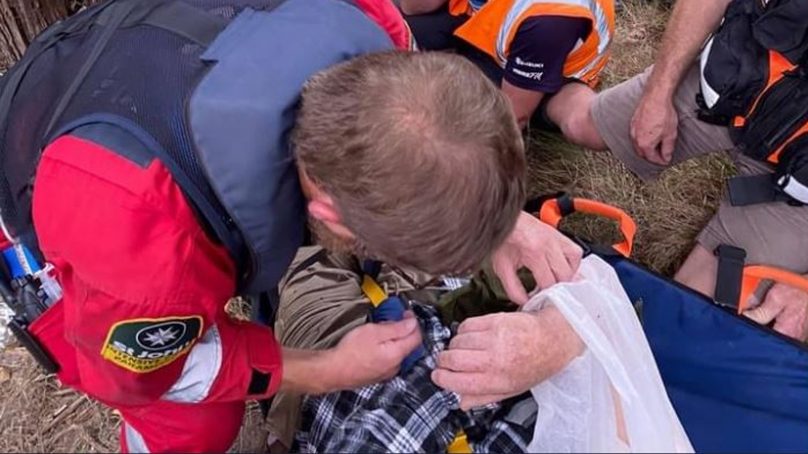 On April 21 Police launched a search and rescue after reports indicated a 76-year-old hunter had fallen approximately 150 metres from the road. It followed through with a five-hour rescue in Waikawa, Picton.

Cries for help were heard by residents in Amelia Crescent, including another member of his hunting party, who was a distance away from where the hunter was located.

LandSAR provided footing for St John staff including supplying ropes to secure them so they could undertake the rescue operation to access the man. He was medicated and assessed down the steep terrain by the staff who reached him.

After being winched to safety the hunter was found to have sustained injuries resulting in a broken arm and dislocated shoulder.

The rescuers carried the man up steep terrain to a clearing where a Helicopter was able to winch him out. He was transported to Wairau Hospital.

The rescue took approximately five hours from when staff were notified to when the hunter later arrived at Hospital.

According to reports, he was in a hurry and put his sneakers on instead of his hunting boots. It was one of the reasons why he likely slipped.

Marlborough Area Prevention Manager Peter Payne says the hunter was not accompanied with an emergency becon at the time.

“He had recently bought a locator beacon, but unfortunately, a mate was using it at the time,” Payne said.

“A distress beacon lets you instantly signal for help, and they work almost anywhere in the world. The beacon shows rescuers your approximate location, taking the ‘search’ out of search and rescue. The sooner rescuers can help you, the more likely you are to survive.”

“Rescue Coordination Centre New Zealand works 24/7, 365 days of the year responding to all distress beacon activations. The team acts quickly to find out as many details as they can about who set off the distress beacon and promptly send search and rescue teams to assist.”

Police thanked everyone involved calling it a ‘fantastic’ effort by both LandSAR and St John staff.