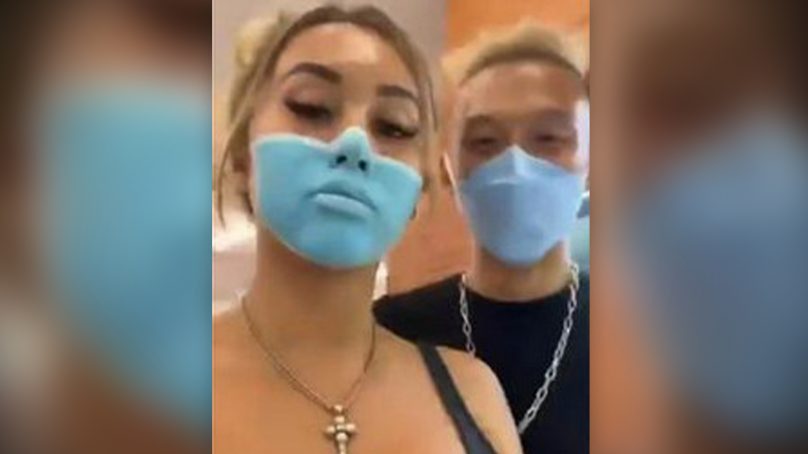 Two social media influencers Leia Se and Josh Paler Lin, were deported from Bali after face-paining a blue medical mask on one of their faces which broke Covid-19 rules.

On Friday, both were held in custody by authorities and told that they would be deported over the stunt, which caused a public health risk to others after their video went viral online.

The pair can be seen filming and painting a blue surgical mask on Se. Later, they entered a supermarket; but prior to that the two were turned away for not complying with the wearing of a face covering.

Se expresses excitement after entering the store with the non-existent mask but cautions that only a few people may have seemed to notice. Lin can be seen wearing a real mask, behind Se inside of the store.

In Bali the virus is out of control which has sparked a somewhat large outrage by officials who are trying to contain cases and deaths.

Foreigners or overseers who stay and break the rules of the mask-wearing mandate can face a fine of up to $95 NZD (one million rupiah) and can face deportation for a second offence.

The head of Bali’s Regional Office for the Justice and Human Rights Ministry, Jamaruli Manihuruk, says they will be deported from the country for attempting the prank.

“We plan to deport them. They will have to wait until their flights to their respective countries are available — hopefully soon,” he said.

Bill and Melinda Gates split up after 27 years of Marriage