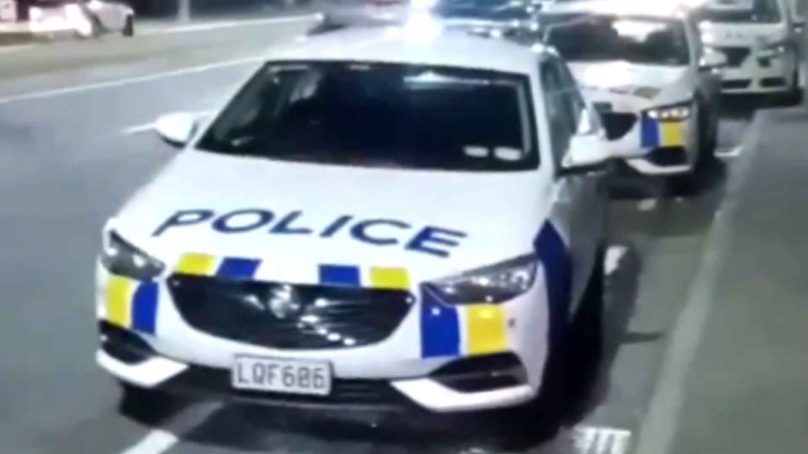 A man suspiciously filmed the Christchurch Linwood Islamic Centre Mosque on Friday evening. It resulted in him being told that Police would give out a trespass notice if he continues.

Three Police units appeared to arrive after reports indicated that a man was filming from the street, scoping a gathering happening at the Mosque. Meanwhile, a bystander from the street questions what he is doing and asks if it is to agitate and vindicate the way duties are carried out by authorities.

In argument, it was said the video was for ‘transparency’ — shortly after, another unit turns up to assist.

At least three officers at the scene walk over to the group who’d congregated to further inquire about the concern. Towards the end of the video, two Muslim members approach the man asking that he ‘has some respect’ after filming them.

thisquality requested a comment from the Police due to the nature and circumstances of what occurred.

“Police continue to work closely with our Muslim community to ensure they feel safe and supported,” said a Police spokeswoman to thisquality.

“Often, it is the context and the environment when filming that can create concerns for participants, especially on the back of the tragic events that the community has been through.”

“We would encourage everyone to be mindful and respectful of the rights and privacy of others when filming in public places.”

Reports of suspicious behaviour are taken very seriously by authorities acting and responding to incidents such as this one.

People congregating in a place where they would expect reasonable privacy and publication can be deemed highly offensive to an objective and reasonable person, which can stop other’s enjoyment of the same place.

Generally, if a person or group of people is unaware of being filmed or photographed without consent, they can raise a concern with Police to instigate.

If there is no reason for taking the film or photos, it would be deemed as not appropriate. There is no expectation of privacy such as a beach, shopping mall, park or another public place which means film or photos can be taken.

Police told the man that he would get trespassed if he was to continue videoing. In this situation, the group may have wanted him to leave the area for several reasons.

As of recent, he dropped a Judicial Review after not appearing in Auckland’s High Court which was originally going to occur over a telephone conference.

Documents revealed was what he thought of his prison conditions and ‘terrorist’ entity. The sentence for Tarrant is life imprisonment without parole while also obtaining conviction for engaging in a terrorist act.

Anyone who sees or hears anything suspicious or anyone who is in immediate danger is urged to contact Police immediately on 111.