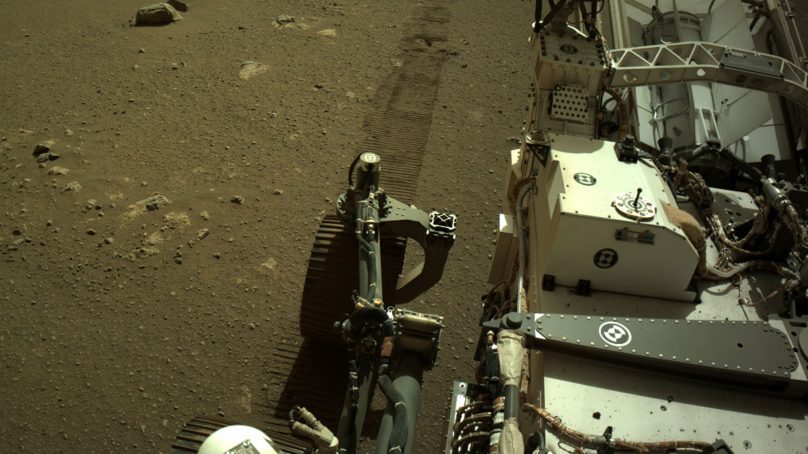 It has been confirmed that a scientific instrument on the Perseverance Mars Rover has sucked up carbon dioxide from the surrounding atmosphere and turned it into oxygen.

The new discovery found that it has been done on Mars and will open new opportunities for the future where space travellers can generate their own air to breathe.

Rocket fuel can also be generated, so humans can return back to earth.

The toaster-sized Mars Oxygen In-Situ Resource Utilization Experiment (MOXIE) demonstrates that it can be improved to produce enough propellant that can allow astronauts to take off from the surface of the martian planet.

Associate Administrator of NASA’s Space Technology Mission Directorate (STMD), Jim Reuter, says more work will be done for improvement, but it opens new doors for when humans will start to explore the planet.

“This is a critical first step at converting carbon dioxide to oxygen on Mars,” said Jim Reuter, associate administrator

.“MOXIE has more work to do, but the results from this technology demonstration are full of promise as we move toward our goal of one day seeing humans on Mars.”

“Oxygen isn’t just the stuff we breathe. Rocket propellant depends on oxygen, and future explorers will depend on producing propellant on Mars to make the trip home.”