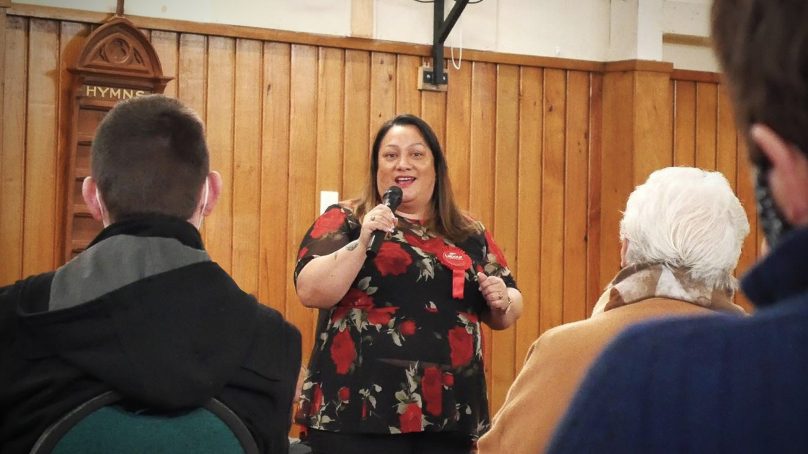 Ōtaki Labour MP, Terisa Ngobi, has welcomed the Horowhenua District Council’s decision which will add a Māori ward in the local body elections for 2022 and 2025.

Better council decision-making processes will be a huge benefit and play a dedicated role in local Government as part of this decision for the Horowhenua region.

Councillors collectively voted to support the establishment of a Māori Ward today.

Ngobi says it was a significant step for the local Māori community to move forward.

“This is a significant step forward for our local Māori community. I know how important it is to have diversity around our council table, and the implementation of a Māori ward continues this work,” Ngobi said.

“This is about ensuring partnership with Māori and a place at the decision-making table.”

Local authorities get the opportunity to make a decision on Māori wards and Māori constituencies in time for the next local election while it also removes all structure for binding polls to be held.

Previously before the change was made, a local referendum on whether Māori wards or Māori constituencies should be established had to happen if electors with at least five percent of the city, district or region required one.

“I’m proud of our Governments work in this space, with the passing of the [Bill] making it easier for local councils to implement a Māori ward,” Ngobi said.

“We’ve seen councils across the country struggle to put in place Māori Wards before this law change. Since 2002, we’ve had 24 councils attempt to implement a Māori ward, with only three being successful.”

“I ran a public meeting shortly after the law change that brought Iwi, Māori, and the local council together to start the conversation on a Māori ward in the Horowhenua.”

Today she’d commended the Councillors for listening to their community to give Māori a voice to make decisions at the table.

“This decision is an important step in honouring Te Tiriti o Waitangi and making the future of Horowhenua more democratic and inclusive for all voices of the district,” Mayor Wanden said.

“The introduction of a Māori Ward is a historical moment for this Council, not only will it improve the representation of Māori in Council decision making, it will assist us to improve our relationship with Māori, engage and communicate better, and ensure their voice is always heard.”