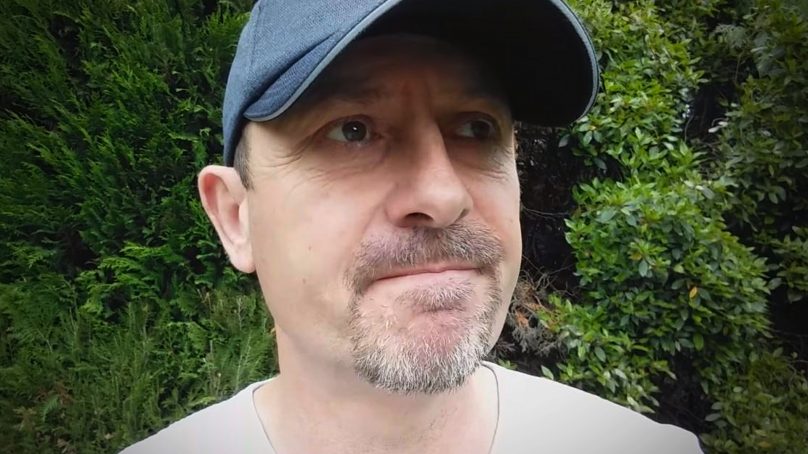 A petition was set up by Justice Aotearoa (New Zealand) on Change.org calling for a Milk company called Synlait that employs racist Lee Williams to be sacked.

Synlait, which employs him, states on its website that it is committed to ‘creating opportunities for all to thirve’ and to ’employ and embrace a diverse range of talent’ within its consumer landscape in the markets that they serve.

The company operates essentially with stakes in shares amidst major clients such as South Island’s Foodstuffs, A2 Milk and Australian-based Munchkin Grassfed.

Williams has posted content online that could potentially incite violence and harm towards the perspective of how the Government operates posing a big security risk to New Zealand’s democracy, society and wellbeing.

His YouTube channel, Cross the Rubicon, has over 14,000 subscribers and contains white supremacist type content related to the Christchurch March 15 terror attacks in 2019, anti-Chinese, Māori and immigrant observations.

Other content posted to the channel includes harmful hate speech towards political figures and making dubious conspiracies that the New Zealand media are ‘paid for’ to discredit anyone who speaks against a said narrative that only he believes without question.

Baseless claims made has given viewers a somewhat false perspective of reality that the New Zealand Elections supposedly were rigged. The Electoral Commission details how the Elections are safe and secure.

Recently Williams has set out a number of attacks toward Māori people making racist comments to MPs or Political Figures by mocking them or saying comments that are not allowed on the YouTube platform as it breaks their Hate Speech policy.

These attacks were precisely directed at Māori Development Minister Willie Jackson and Māori Party co-leader Rawiri Waititi; who was taunted in a now private video, for no specific reason except to grass for more attention.

He even makes obvious comments saying that he would be banned for saying a specific word and tries to avoid saying them on camera.

Mr Williams is not of New Zealand origin and is an immigrant to the country, from the United Kingdom. Racist remarks made in the now-private video undermines the Māori culture, history and heritage of its uniqueness — racism is not wanted in the democracy of today’s age.

The second co-leader of the Māori Party, Debbie Ngarewa-Packer, shared concerns online to her Facebook page in a call to stop racism.

“Autoko mai whānau — let’s show this racist exactly how we feel,” she said.

A link was published with the petition calling for Mr Williams to be sacked from where he works.

Many people after this signed the petition, accumulating over 4,000 signatures as of this publication being made.

It wouldn’t be much of a surprise for his viewers to know what he’s like off-camera including how he acts while employed under Synlait who perhaps did not know or was not made aware of what’s been shared online to thousands of people.

Many people let them know serious concerns regarding Mr Williams and his image online and behaviour surrounding it on their social media page.

When thisquality contacted the company for a comment, they said they take matters such as this concern very seriously.

An investigation was additionally launched to review what was posted online, including any other information which cannot be shared to the public domain under the Employment Relations Act 2000 and the Privacy Act 2020 (1993).

“Synlait takes these matters very seriously. We are deeply concerned that someone has these views,” a spokeswoman said.

“Lee Williams’ views are his own. These views are not shared or held by Synlait. We are conducting an investigation.”

At around 2.20pm on Friday, Mr Williams uploaded a video to his YouTube channel saying his employer had suspended him following the pending investigation that thisquality originally inquired about.

He said in the video that he would be the first New Zealand video blogger to be ‘cancelled’ after making racist comments online.

“I would say I will be the first.. well.. YouTuber to be cancelled. My job is as good as gone now, and my reputation is absolutely tarnished as a far-right white supremacist,” he said.

Mr Williams added that he would be going for a break to visit his father after not seeing him for the last twenty years, calling it a ‘bit of an emotional time’ and a ‘bit of a rollercoaster’ after being suspended — further asking his followers to donate and pay for flight tickets to go back to the United Kingdom for a few weeks.

It is recommended to report any hateful and harmful content online using the specified platforms ‘report’ button so it can be taken down.

Sharing that content with Crime Stoppers anonymously can also help to investigate the individual behind hateful and harmful content in New Zealand.