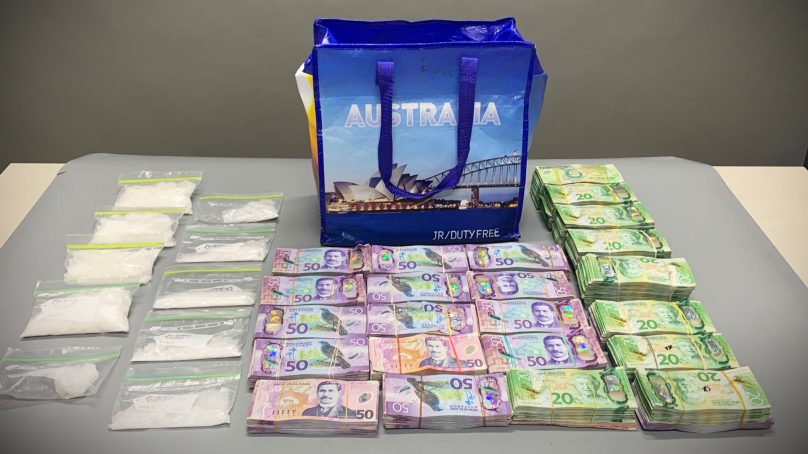 Police arrested two people after methamphetamine, and cash was uncovered nearby a crashed vehicle near Mount Bruce on Tuesday afternoon.

A vehicle was reportedly speeding whilst travelling toward Eketahuna in the Wairarapa. It failed to stop for Police on State Highway 2.

Authorities did not conduct a pursuit but, minutes later, found it crashed in a culvert.

Cash worth up to $450,000 and methamphetamine was located nearby.

Two were charged — a 21-year-old man and a 22-year-old woman — over possession of methamphetamine for supply. The man footed an extra charge from a range of driving offences.

The trio appeared in Masterton District Court today and are staying put in custody until they reappear on April 23.

Detective Senior Sergeant Barry Bysouth said to thisquality that enquiries are ongoing to determine the destination of delivery for drugs that were involved in the seizure.

“Our officer, a member of the road policing team, did an exceptional job yesterday preventing further harm to our communities with this significant seizure,” he said.