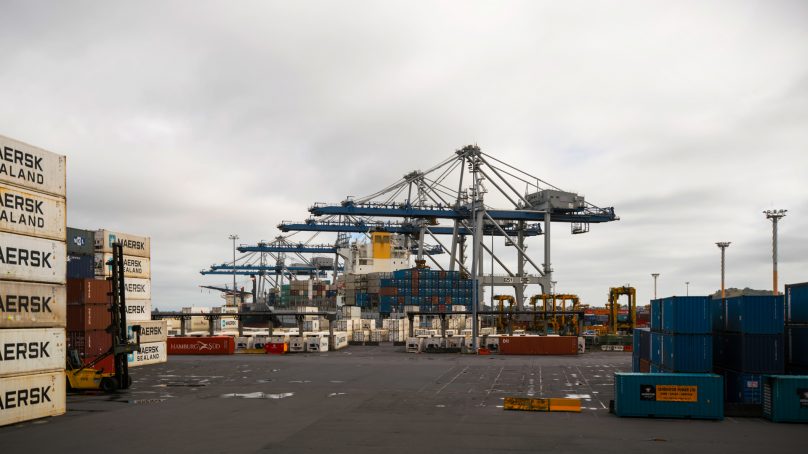 Port Unions released a statement to thisquality to demand improvements to health and safety in ports around the country.

The Maritime Union of New Zealand (MUNZ) and Rail and Maritime Transport Union (RMTU) have both said that port workers are ‘not coming home’ after being killed and hurt due to a number of systemic problems in the industry.

A major issue the industry faces is health and safety failures.

MUNZ National Secretary Craig Harrison says that the accidents at a level of seriousness and deaths at Auckland’s Ports over the last few years is an example of the problem following an independent report that was released recently.

“There are a number of causes, including a profit-driven culture, not a health and safety culture, but a big problem is employers refusing to see Unions as the legitimate representatives of workers,” said Sec. Harrison.

Most accidents have occurred at several container terminals and bulk stevedoring areas such as logging yards.

Rail and Maritime Transport Union General Secretary Wayne Butson says many employers are paying the fines as a result but are not implementing and changing their practices in meaningful ways for their workers.

“Port workers work long hours in tough conditions. Their labour keeps food on our table and delivers the necessities of life to all New Zealanders. In return, they are simply asking to come home safely at the end of their shift to their loved ones,” said Sec. Butson.

Each Union is looking to see stronger laws and enforcement of current laws by regulators.

An independent review is being undertaken by the Government to find out if the quality of health and safety practices is being used in ports.