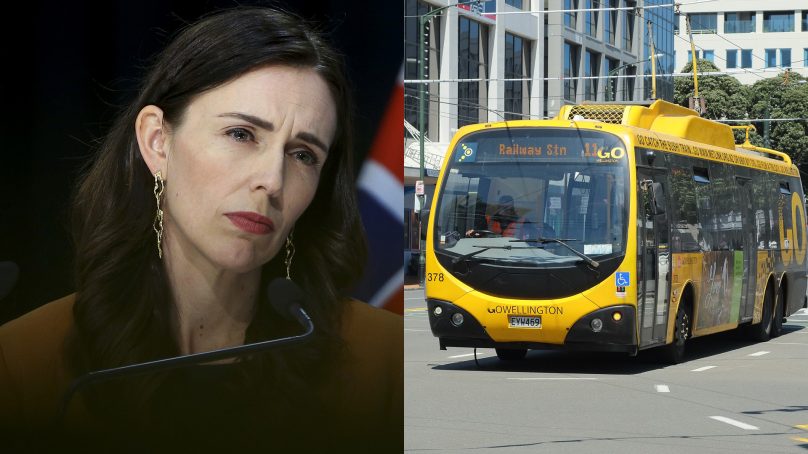 Prime Minister Jacinda Ardern was challenged by a public announcement by dogandlemon Editor and outspoken road safety campaigner Clive Matthew-Wilson, who is calling for seatbelts to be installed on buses.

“Just a few weeks ago, a teenage girl was thrown against the windscreen of a bus she was travelling in. Today [March 11], two out of eight children were injured when a school bus crashed. Hannah Teresa Francis died after a bus overturned on Mt Ruapehu on July 28, 2018. Lastly, five tourists died in a single bus accident in 2019,” said Mr Clive Matthew-Wilson.

“There’s a strong chance these deaths and injuries would not have occurred in Germany, because all buses must have seatbelts and all occupants must wear them.”

“It’s really easy to prevent these deaths and injuries in New Zealand, too: make seatbelts compulsory on all buses that use highways. Yet the government appears to be asleep at the wheel over this issue.”

The Prime Minister was given a chance by the road safety campaigner to watch a graphic crash test that gives a simulation of a bus crash.

Mr Clive Matthew-Wilson hopes it could change her perspective on the notion of bus-related crashes in New Zealand.

“I challenge the prime minister to watch this graphic crash test which simulates a bus rolling over. The prime minister is a mother: would she feel comfortable with her own child travelling at highway speeds without the protection of a seatbelt?,” said Mr Clive Matthew-Wilson.

“New Zealand’s roads are particularly dangerous for buses because they’re often narrow and winding; a perfect setup for a rollover accident.”

The Government needs to decide whether they want to also ban the import of buses without Electronic Stability Control, which prevents a vehicle from losing control in an emergency.

On vehicles, ESC is compulsory but is optional for imported buses.

“A 2012 study by the American government, concluded that [If installed on heavy vehicles], we believe that ESC systems could prevent 40–56% of rollover crashes and 14% of loss-of-control crashes,” said Mr Clive Matthew-Wilson.

“Stability Control has been compulsory on cars since 2015, yet new buses are still being sold without it. Why is this allowed?”