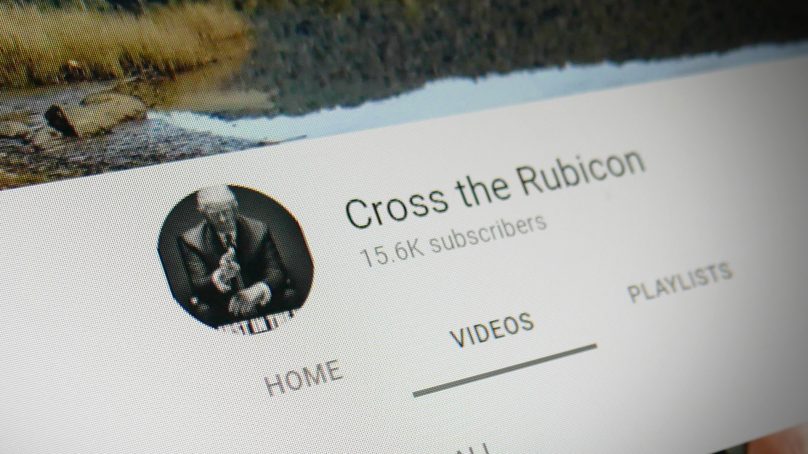 Racist Lee Williams has been banned from uploading to YouTube for the next two weeks as a result of posting far-right white supremacist videos on the platform that has sparked a large amount of outrage.

Waves of removal from platforms occurred after a petition was launched calling for him to be sacked from Synlait, which employs him, after posting white supremacist type content to his YouTube channel called Cross The Rubicon that has over 15,000 subscribers.

Synlait suspended him under pending investigation for around three weeks while fundraising pages that were set up had later been pulled after several complaints.

The livelihood of Mr Williams has ultimately deconstructed after factors of denial continue to thrive that he is ‘not sorry’ for his acting towards Māori. Now, he’s unable to upload or livestream to YouTube.

It is believed that reports were submitted from concerned New Zealanders resulting in one strike out of three in accordance with the company terms and conditions.

Mr Williams as an immigrant from the United Kingdom has found it difficult to accept what he posts online has consequences after mocking New Zealand’s unique Māori people and culture, including politicians such as Māori Party Co-leader Rawiri Waititi.

In a Facebook post to his personal page, he writes that he is the ‘face of white supremacy’ in an attempt to deter his acts of unkindness, but one thing for certain is that a future apology may no longer be enough for many to give in any longer.

“My original post on YouTube that got me fired from my job [mocking Mr Waititi] ended my marriage, got my name in every media outlet in New Zealand as the face of white supremacy. It got radical extremist Māoris’ in Government to petition [and] get me fired, got a GoFundMe site shut down, a Givealittle shut down and put a target on my back,” he wrote.

“YouTube have banned me for two weeks. Complete destruction is what they want.”

As a fact, Māori Party Co-leader Debbie Ngarewa-Packer did not create the petition but signed it, then shared it to her verified Facebook page.

Justice Aotearoa made the petition to call for Synlait to look into their employee who has caused online outrage, concern and incited violence and death threats directed at Māori.

The world surrounding Mr Williams is dire, and to put a stop to racism in New Zealand, those who act with inciteful hate speech must be held to account — free speech comes at limits and taking it too far is no longer deemed to be so as it has affects on how real-world scenarios play out.

Accounts that he has on platforms are expected to take action following concerns of his extremist judgments in an attempt to halt what is something that is supposed to be uniting everyone together by becoming a safer country and being a better Aotearoa.