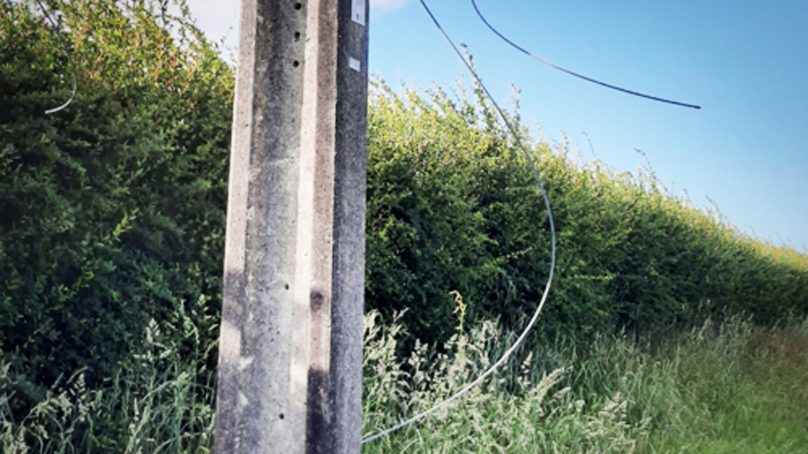 Manawatū Police are asking the public to look out for and report suspicious activity around power poles and lines in their local communities.

Approximately 10,000 metres of copper cabling was stolen from Powerco’s electricity network this year in the Manawatū-Wanganui region alone.

The suspicious activity around power poles and lines has occurred in rural areas. People are asked to ring 111 immediately if they see it happening. Alternatively, information can be provided anonymously via Crimestoppers on 0800 555 111.

Inspector Ross Grantham says live wires hanging can pose a significant risk to people who may come across them.

“Police have seen many instances of potentially live wires being left hanging down, or earth cables being cut when people have stolen cables,” he said.

“Thieves may not realise they are putting their lives and those of the public at risk by stealing it. It’s only a matter of time until either a thief or an innocent member of the public is injured or killed because of these actions.”

Powerco’s General Manager of Health and Safety, Julie McAvoy, adds that there are priorities in place to ensure their electricity networks are safe.

“We encourage members of the public to notify us immediately if they see anything on our electricity networks that they are concerned about regarding safety, such as wires that have noticeably been cut or wires hanging low,” she said.

Powerco thanked the Manawatū public for being vigilant and reporting any suspicious activity that has taken place on power poles and lines to the Police.

Vodafone rolls out Next Gen 5G Tech in Palmerston North