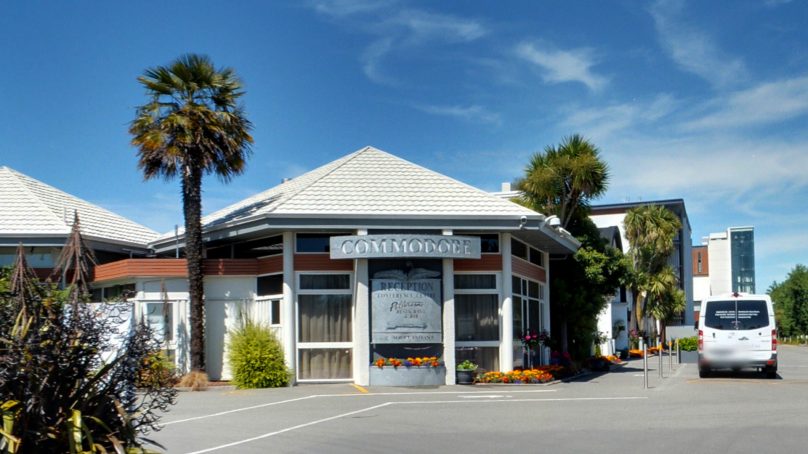 A woman staying in Christchurch’s Managed Isolation Facility (Commodore Hotel) is planning to go on a ‘hunger strike’ in protest for refusing COVID-19 tests, which would originally let her leave early after the mandatory 14 day period if she did take them.

The woman, Priszallia Hawkins, reportedly has to stay until she takes a test and receives a negative result, but it has been 18 days since arriving at the facility without one. Guy Davies, a second traveller with Hawkins, will also be staying in for longer after refusing the test.

Managed Isolation requirements indicate that people must take a day 12 COVID-19 test; otherwise, they will be compelled to stay in isolation or quarantine until they meet low-risk factors of up to 28 days even if they show no signs of having the virus or illness.

Hawkins believes that her rights were violated, that being in ‘detention’ for 18 days was against her will.

“I have been in detention and isolation for 18 days now against my will. I am protesting that my rights have been breached, and this is unacceptable in a so-called free and democratic society,” a statement read.

The factors are implemented by law to prevent the virus from spreading into New Zealand’s wider community if someone was to be released.

In a YouTube video interview, she added that she’d received a notice regarding her responsibilities. If she steps outside of the room, she gets arrested for breaking the COVID-19 Response Act laws.

“I have advised them that I am going to challenge that,” said Hawkins.

Without confirmation that someone is either negative or positive, it means they have to stay in for longer which foots an immense bill for taxpayers.

Each person who refuses to have a test is offered one each day up to a maximum of 28 days, and if that person takes it and returns a negative result, they will be allowed to leave early.

7 new cases of COVID-19 in managed isolation, none in the Community

Brave lady. I am sickened by this continued codswollap! There is no true threat except to our freedoms and future through their fabricated pandemic and unlawful response. It is up to each one of us to Not comply! These people are doing the right thing I just hope we can garner enough support for them and anyone else in their position. We are fighting for our lives, our future, our progenies future.

Sue Blair
Reply to  Your friend

She must have agreed to the rules when she booked her stay in MIQ. She isn’t brave but a threat to our country. To call this a fabricated pandemic when 3 million have died and millions more will have long term health issues is irresponsible. No one have lost their freedoms, its a small requirement to take a COVID-19 swab to be able to come back to the safest country in the world. If it was up to me I would chuck her out of NZ and let someone back home who is more deserving.